I met Robert Phillips in 2004 and before we even started dating he always won awards, from top performer to the best sales consultant to employee of the year in 2004. Today he is still winning these awards. Just last year he helped an elderly Jewish lady on her policy which led her to come by the office to personally thank him and bought him a tie and a card.

Robert has a work ethic that is undeniably brilliant and mind-blowing and no matter the position he always gives his best. He has a very competitive nature and this comes through in his work and the quality he delivers.

Wherever he has worked, he left his name and some companies he still holds records.

I’ve always joked and said if the world had just half his work ethic we would never have complaints.

Something I’ve learnt from Robert is,

To find the grey area in certain matters, and he is so diplomatic and always remains humble no matter where he finds himself.

These are awards he collected for being the top team manager. His team won for the month March.

Well done and congratulations honey. Proud of you. 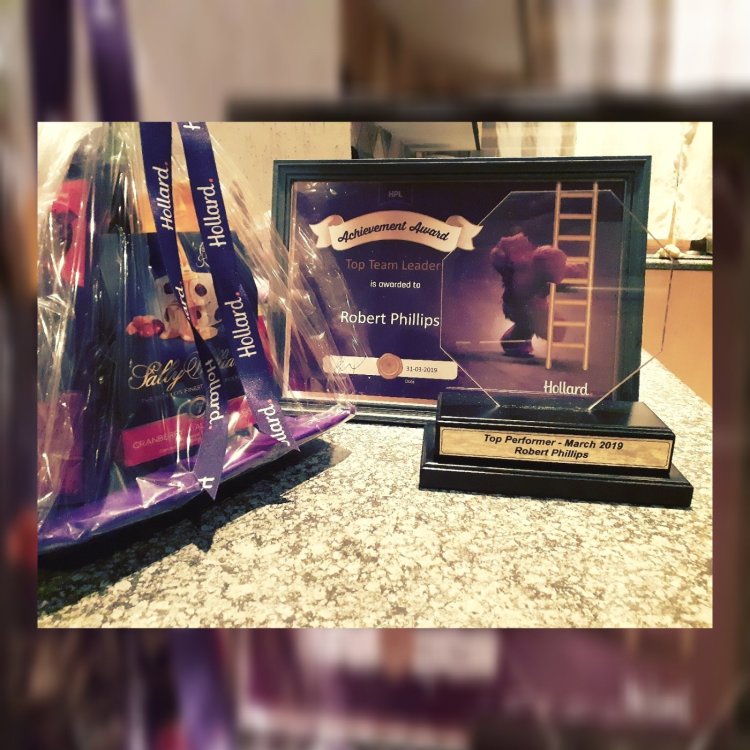